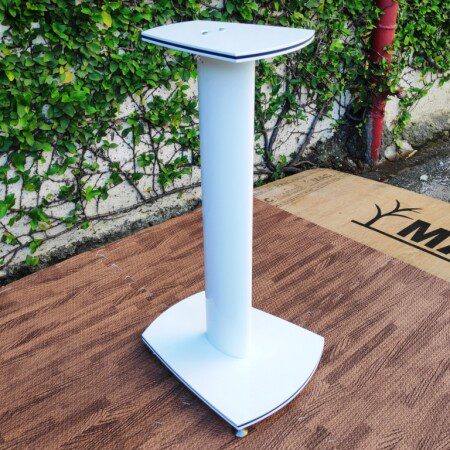 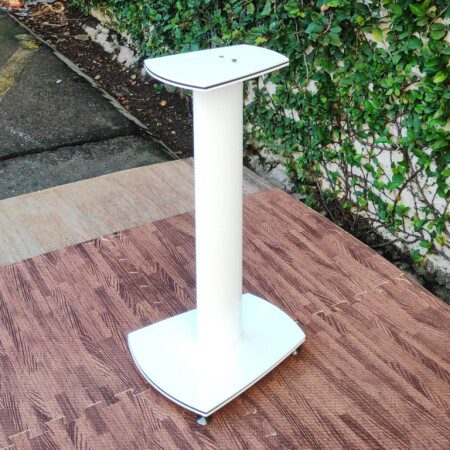 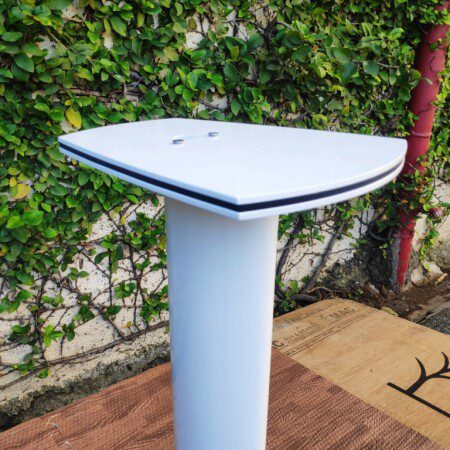 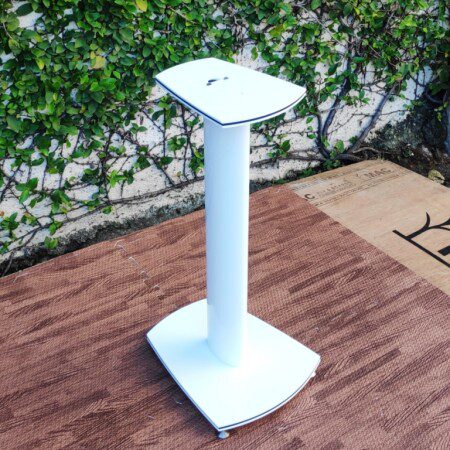 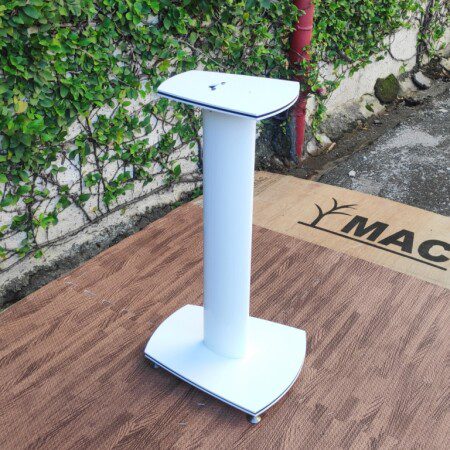 Modeled after the Dynaudio reference Stand6 the “Garnet” speaker stand is our newest entrant positioned with our higher end reference stands.

With its wing-shaped appearance, tapered top and base plates and internal cable management system, the Garnet yields a modern appearance from any loudspeaker. But in contrast to many other design-oriented speaker stands, the Garnet was also engineered to improve the loudspeakers’ performance: The highly-rigid, low-mass aluminum columns are internally braced, while the top plates and base plates feature a three-layer sandwich construction with a special damping sheet to eliminate resonances. This CLD makes both the top and bottom plates inert and “dead” and also doubles up the weight of the stand in addition to providing increased isolation to the speakers.

The Garnet central column is an aero grade 4.0mm thick heavy aluminum extrusion having 2 compartments one of which can also be filled with dry sand or any other suitable damping material for further damping and additional mass. The central column is a unique and has been specially developed for speaker stands, it has been cross braced and offers cable management as well. The material chosen is aluminum which provides a more neutral tone to still and also breaks the vibrations frequency of the stand as a whole.

The loudspeaker cable can be neatly concealed, running directly through the base plate into the 2nd compartment in the rear section of the column, and re-appearing just underneath the top plate. The openings are wide enough to allow virtually all cable and connectors to go through. Loudspeakers may be positioned on the Garnet top plate using either the included soft damping silicon gel pads or “Blu tack” by bostick (which can be bought online). The lower base plate is also a sandwich construction (10mm thick) fitted with spikes, which are adjustable in order to achieve a perfect foundation on un-level floors

This is the perfect choice as a foundation for any high-performance compact loudspeaker, providing a high degree of resonance-damping and perfectly rigid construction.

Assembly is extremely simple requiring nothing but a screwdriver.

Specifications and Features
You tube video assembly and Usage tips 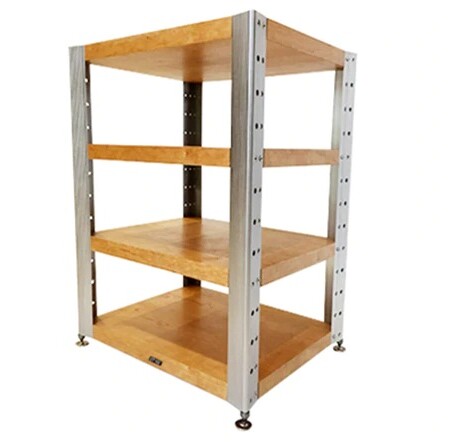 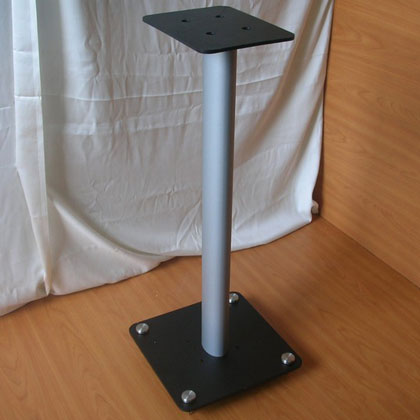 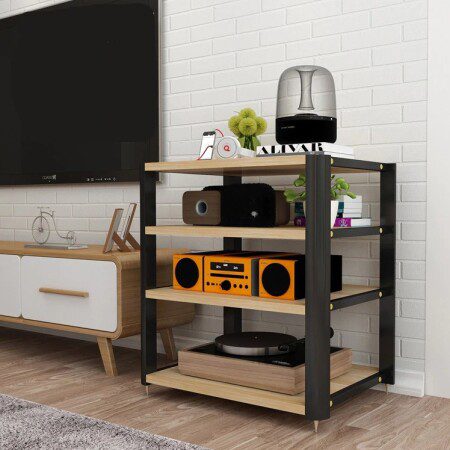 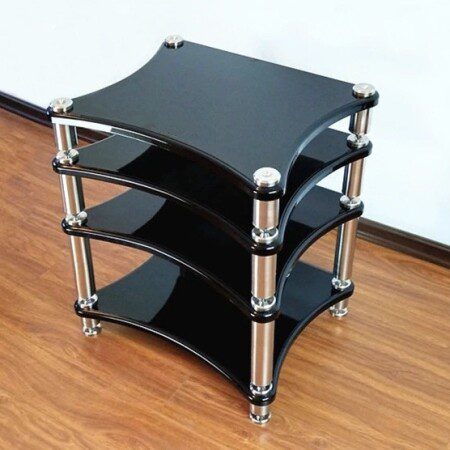